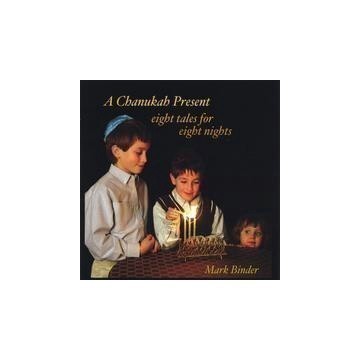 A collection of short stories, all set in Chelm, the village of fools, take place around the holiday of Hanukah. We meet several interesting villagers, including Mrs. Chaipul (who is wise but makes inferior potato latkes), Rabbi Kibbitz, and Little Doodle (the village orphan), who is the hero of the most outstanding story entitled, "Out of the Woods." It is longer and has a more cohesive plot than do the other tales. In this thirty-five page story, the Cossacks ride into Chelm in order to procure (i.e. steal) food an provisions while the Chelmites flee and hide out in the forest. The book is followed by a glossary and notes. In this anthology, the reader is introduced to many silly Chelmites and also the life of Jews in Eastern Europe at an earlier time in history. By and large the stories are light in tone and content, and all of them have been previously published in magazines such as Cricket, Jewish Daily Forward, Washington Jewish Week, and others. According to a note by the author his book is based on a CD from his storytelling tour.