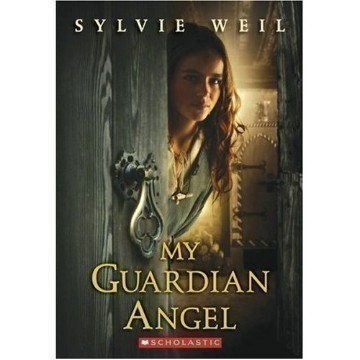 Grade 6-8–The Crusaders–often icons of valor and derring-do in Robin Hood legends–were harbingers of terror and imminent death for medieval Jews. Elvina, granddaughter of the revered 11th-century French rabbi and commentator Rashi, takes center-stage in this novel in which readers experience the period through Jewish eyes. The otherwise fascinating plot proceeds somewhat erratically in chapters that alternate, but not consistently, between the 12-year-old's first-person communications with her imaginary guardian angel, Mazal, and a third-person narrative. While her mother is helping a friend through childbirth, Elvina becomes the woman of the house, frustratingly trying to balance her love of reading and writing and long, philosophical talks with her beloved grandfather with female responsibilities that she really doesn't want. When news that the illiterate Crusaders are heading through Troyes en route to Jerusalem to destroy the infidels (Muslims), the Jews know that they are in equal danger. While their leaders try to appease the marauders, Elvina stumbles on a young deserter who is hiding because he wants to study with priests rather than fight. Through a series of believable coincidences, the act of helping him becomes the catalyst for saving the community. Though occasionally uneven writing (or translating) keeps readers from being riveted, descriptions of traditions are well done and informative.