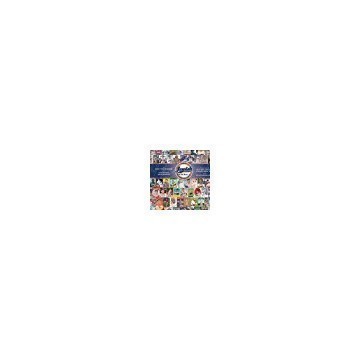 The definitive roster of Jewish major-leaguers via the rich images of their baseball cards, from the author of "Day by Day in Jewish Sports History" with the creators of the Jewish Major Leaguers card sets. "The Jewish Baseball Card Book" by Bob Wechsler is both a history of Jews in baseball and a history of baseball cards. Illustrated with 698 cards depicting the first 170 Jewish major-league players, it follows the evolution of trading cards from tobacco company issues of the early 1900s to modern designs. Of all the trivia games baseball fans love to play, 'name the Jewish players' always gets attention. The devotion of Jewish fans to the national pastime is unmatched, and this book settles everything. "The Jewish Baseball Card Book" is a collector's bible that would be treasured as a bar or bat mitzvah, Chanukah or Father's Day gift. Produced by Martin Abramowitz and designed by Peter McDonald for Jewish Major Leaguers, Inc., the coffee table book includes images of cards of non-playing personnel such as Jewish umpires, team owners, general managers and broadcasters.