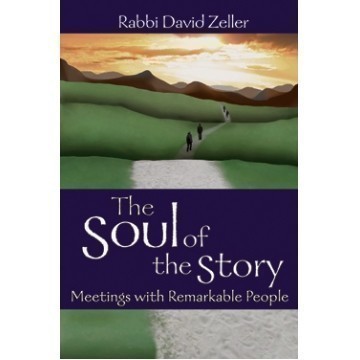 THE SOUL OF THE STORY

THE SOUL OF THE STORY

What Happens When Your Spiritual PathLeads You Far from Home?

Many who embark on a spiritual quest discover that the people they meet along the way ultimately point them back home, into the very soul of the religious tradition they had left behind. So it was with David Zeller, whose spiritual odyssey took him across the globe, through traditions including Zen Buddhism and Hinduism, and into relationship with some of the world’s most compelling spiritual teachers.
Thoughtful and endearing, provocative and witty, Zeller’s delightful stories recall his meetings with the likes of Carl Jung, Shlomo Carlebach, Alan Watts, Sri Pad Baba, the “Mother” (Sri Aurobindo Ashram), Carlos Castaneda and many others, well known and unknown—and the experiences and teachings that ultimately allowed him to rediscover his own spiritual heritage. From the stimulating days of California’s Bay Area in the 1960s, to a kibbutz in Israel, to the time he spent as a sadhu in India living outdoors and bathing in rivers, these stories of Zeller’s spiritual adventures remind us all that even the most meandering path can, in the end, bring us to our true spiritual home.