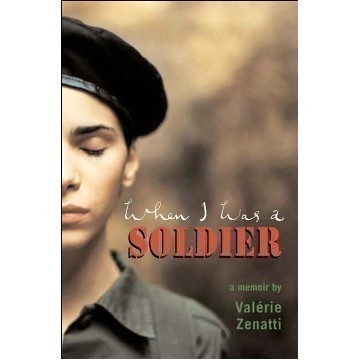 WHEN I WAS A SOLDIER

WHEN I WAS A SOLDIER

What is it like to be a young woman in a war'At a time when Israel is in the news every day and politics in the Middle East are as complex as ever before, this story of one girl's experience in the Israeli national army is both topical and fascinating. Valerie begins her story as she finishes her exams, breaks up with her boyfriend, and leaves for service with the Israeli army. Nothing has prepared her for the strict routines, grueling marches, poor food, lack of sleep and privacy, or crushing of initiative that she now faces. But this harsh life has excitement, too, such as working in a spy center near Jerusalem and listening in on Jordanian pilots. Offering a glimpse into the life of a typical Israeli teen, even as it lays bare the relentless nature of war, Valerie's story is one young readers will have a hard time forgetting.