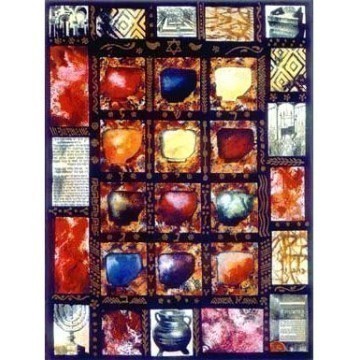 Limited edition original serigraph. Signed and numbered by the artist.

Victor Shrem is a descendant of a Spanish family who fled Spainduring the Inquisition and established themselves first in Italy and then in Hebron, Israel. He was born in Jerusalem in 1944, ten generations ago. He grew up and went to school in Jerusalem and after graduating high school, he worked in a kibbutz in the Jordan Valley. After serving in the Navy in the Israel Defense Force. he went to Germany for artistic training and graduated from the Academy of Ceramics. He worked in this field for several years and participated in several group exhibitions in Berlin, Paris and Israel. In 1984, he continued with his own artistic career but turned to a different medium : painting. He learned the techniques of watercolors, oils and mixed media in which he excels. His favorite subjects are inspired from Israeli folklore, Jerusalem and its surroundings, Israeli landscapes and Judaica. Victor's paintings appear in numerous private collections all over the world.